Masque & Spectacle is a bi-annual arts and literary journal. We publish all forms of creative writing, including hybrid works, drama, literary journalism, and essays, as well as visual art, photography, video, sound art, and reviews.

Issues are published on March 1 and September 1.

James Reitter has been publishing poetry for over 20 years and is currently an Associate Professor of English in New York where he lives with his wife and two cats. He earned his PhD in English from the University of Louisiana, Lafayette in 2006, MFA in Poetry from CUNY Brooklyn in 1997, and BA in English/Poetry  from SUNY Oswego in 1995. He has published in a variety of journals (both online and in print) and is the author of Scratched Records (Alien Buddha Press, 2019).

Lori M. Myers is an award-winning writer, Pushcart Prize Nominee, and Broadway World Award nominee of creative nonfiction, fiction, and plays. Her works have been published in more than 45 national and regional magazines, journals, and anthologies. Lori’s plays and musicals have been staged internationally in places like Budapest, Wales, and Guatemala as well as more than 20 states across the United States. She has an MA from Wilkes University Graduate Creative Writing Program and is an adjunct professor of writing and literature in
New York.

Robert Stauffer is an Associate Professor of English at Dominican College of Blauvelt in Orangeburg, New York. He co-edited A Companion to Marguerite Porete and The Mirror of Simple Souls with Wendy Terry for Brill Publishers and has a chapter in The Ballad of the Lone Medievalist (ed. by Kisha G. Tracy and John P. Sexton). Though he specializes in medieval and Renaissance literature, he has also published several articles on baseball and science-fiction short stories and attended the Clarion Science Fiction Writers’ Workshop at Michigan State University.  He lives in New York with his wife and a surprising number of cats. 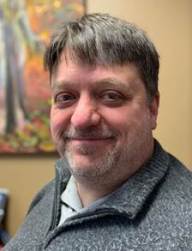 Bill Gillard has been teaching creative writing and literature for the past twenty-something years. He is an associate professor of English at the University of Wisconsin Oshkosh, and his fiction, poetry, and academic writing have appeared in dozens of publications. His books include Desire, the River (Pudding House) and Ode to Sandra Hook (Finishing Line).

HEATHER MOMYER served as Founding Editor and Editor-In-Chief for issues 1-18.

CHANTEL LANGLINAIS CARLSON served as Drama Editor for issues 17 and 18.